RESPECT FOR ALL WEEK 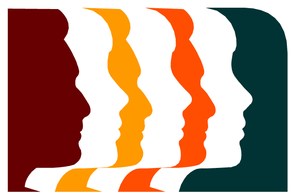 The New York State Dignity for All Students Act (DASA) became effective July 1, 2012. The Dignity Act states that NO student shall be subjected to harassment or discrimination based on their actual or perceived race, color, weight, national origin, ethnic group, religion, religious practice, disability, sexual orientation, gender, or sex.

New York City has designated February 9th – 12th as Respect for All Week.

As part of Respect for All Week, HPHS would like to formally recognize students who are acting in accordance with DASA in their everyday lives. The following are some examples of observations you might make in your classroom or in the halls that would deserve recognition. Does your student:

Please send all student names to Mr. Hoffman or Ms. Kaplan as soon as you have them!

If you would like additional information or resources about Respect for All Week, you can visit http://schools.nyc.gov/Offices/OSYD/RespectForAllWeek/default.htm